In 1999 LAN took a chance opening the doors of a new office in Goshen, New York. The company was betting big on their dedicated employees to tackle the difficult task of kickstarting business in a new territory and building a new client base. Twenty years later, as the office celebrates its 20th anniversary, it is clear that this bet has paid off handsomely.

When discussions began about New Jersey headquartered LAN Associates opening a new office in Goshen, the conversation was just as much about the employees as it was a deliberate attempt at expanding the company footprint.  The full-service engineering, planning, architecture and surveying firm had numerous staff in the Orange County area and the commute to LAN’s Midland Park, NJ office was quite the drive. At the same time, company officers were in discussions about how to expand the growing firm’s brand, presence, and market share. The coincidence of these two unrelated factors led to an off the cuff comment by a company officer who suggested that opening a New York office would be a mutually beneficial solution. Soon after, the Goshen office of LAN was born.

In 1998 when the office was still in the planning stage, now Senior Vice President Michael J. McGovern had little idea the office would eventually expand to a 23 employee operation. The office opened with only a small handful of employees. When construction started on the new office location, to cut costs, the team personally spent weekends, sledgehammer in hand, demoing the office space. Jim Diana, LAN architect and a recent hire at the time, designed the floorplan and a friendly contractor built out the space on a design-build basis.

Once the office was occupied in 1999, the real work began, bringing in clients and projects. Architecture and engineering are service enterprises and the work LAN specializes in is high cost and highly competitive. Public schools account for more than 60% of LAN’s business. These are major projects that require town referendums allocating millions of taxpayer dollars. References, reputation, and relevant local projects that demonstrate the ability to do similar work are key factors in gaining contracts. So are familiarity with local players, regulations, and procedures. It took a while for LAN to break into the local sector; however, McGovern was always confident in the Goshen office’s viability

“The (Goshen) office was always destined to be a good move for the company,” said McGovern. “We were lucky to have the New Jersey office to fall back on for work in the beginning, but I always had the utmost confidence in our staff’s ability to quickly make the new location a successful venture. “

The size and scope of projects gradually began to build with projects like a school addition at St. Stephens in Warwick, New York in 2002 and the 2005 restoration of St. James Episcopal Church after a fire. In 2008, the office worked on both the civil and electrical designs for 22 three-story dormitories at Ramapo College and the Thomas Bull Memorial Golf and Ski Lodge in Montgomery, New York.

McGovern was proven right about the office’s inevitable success. By 2018, LAN outgrew its New York space and expanded the office to the third floor of their building. In 2019, LAN completed its most notable project to date, the Goshen High School expansion and renovations. Part of a 30-million-dollar referendum, this project was the culmination of achieving the goal LAN set when they opened theGoshen office; to build local trust in LAN’s capabilities, prove the company is the right team for large local projects, and to improve the surrounding Orange County area through architecture that makes the community proud.

The office has several projects on the board right now. On the immediate horizon is a $25M project in the Bronxville Union Free School District to renovate, modernize and improve a school originally constructed in 1924. LAN recently completed $11M in capital improvements for Monroe-Woodbury School District, is currently working on $40M in capital improvements for Mamaroneck Union Free School District and has continued work for Warwick Union Free School District. The team is also designing the back of house buildings for the soon to be opening Goshen, New York LEGOLAND, as well as continued projects for long term clients like Pratt &amp; Whitney/Advanced Coating Technology. LAN’s New York office was opened with employees’ daily lives top of mind and with full confidence in their ability to help expand LAN’s brand. Putting employees first was imprinted into the company DNA by LAN founder John A. Lacz, and it’s been proven a true formula for success. On this 20 th anniversary of the Goshen office, this philosophy is still a major driving force behind every decision LAN Associates makes. 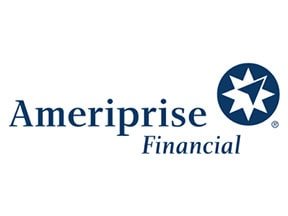